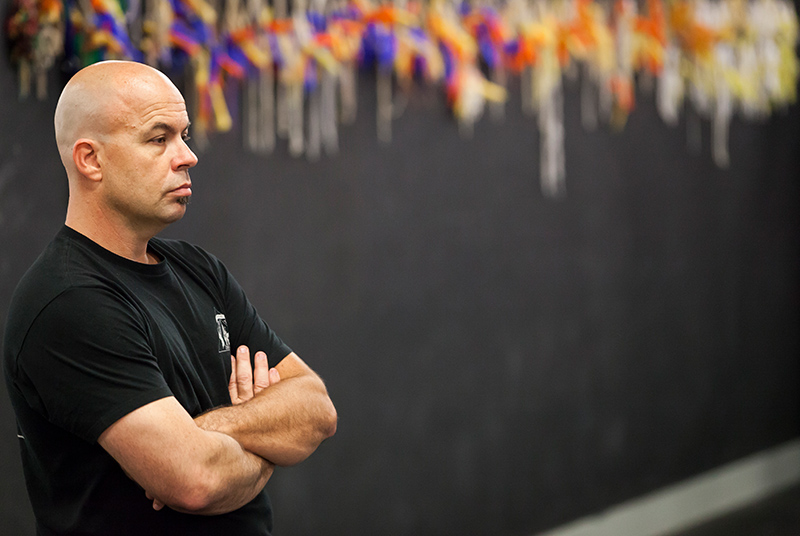 One of the things that scientists learned early on in studying the effects of space travel on the human body was how living in a zero-gravity environment affected different systems in the body. One of these parts specifically was in the area of muscle and bone density. It was discovered that the lack of gravity led to a significant decrease in both. The human body needs resistance in order to maintain structural integrity. As an example, studies showed a decrease in bone density of one and a half percent per month in zero gravity versus a loss of three percent per decade on terra firma. This rapid change in bone density mimicked the symptoms of osteoporosis. Studies also showed that without regular exercise, astronauts could lose as much as twenty percent of their muscle mass within 5-11 days.

But what does all of that have to do with the self-defense community at large?

It always struck me as odd that instructors in the self-defense community with legitimate backgrounds in a specific area can, over time, develop more and more convoluted ideas and spread them with increasing fervor and confidence. Foisting ill-conceived and untested ideas on people who lack the experience to see through it. And these people just eat it up.

I started noticing this trend a long time ago. At the time I was just training and doing my thing. I hadn’t started coaching yet and figured “they” knew better. Fast forward a couple of decades and as I look around I realize that’s not the case. What I’ve learned is that many people when they become coaches and minor martial arts seminar “celebrities” suffer from a phenomenon not unlike that which befell astronauts. They start living in a zero-G training environment.

What seems to happen is that coming up, these people gained their bonafides through training hard on the mat, range, etc. the way everyone does. Along the way, they start to develop their own unique approach based on whatever their specific area of focus is. This gains them some notoriety in some capacity. As seminars start to become a viable financial stream and the fame becomes intoxicating. Through social media, words get spread and “followers” are gathered. Living in this isolated world and fielding various questions from people the instructor starts to drift outside of their lane. Suddenly they are coming up with dodgy solutions to things that fall apart under real pressure.

So why the disconnect?

It would seem that the biggest culprit is the fact that they are not training as intensely as they did with the skill that gained them notoriety. These initial skills were honed over years of trial and error when they were younger and in better shape. More importantly, these were skills they developed under the watchful eye of an instructor. All of this pressure added the necessary resistance, or “gravity” to develop a strong training skeletal structure to build on.

One of the things you run into on the seminar circuit, or with seminar instructors, is that a huge majority of the people in attendance are relative novices in the particular subject. As such, they go into the training like trusting babes and eat up whatever carny tricks the instructor throws in front of them. The instructor makes strong claims with a confidence based on little empirical data and the students laugh at the jokes and take notes. These attendees then go on social media and regale people with amazing tales and a persona is built.

The human ego, being a fragile thing, will do whatever it can to avoid being outed and these instructors will often construct an “in group” that are privy to the “real training”. Living, teaching, and training inside this fishbowl is comfy and most people will be perfectly happy living out their training days here.

So what do we do about it?

This can be tricky. It is tacky to go around “calling out” individuals, pointing fingers, etc. Although there is a certain satisfaction in pointing out the Emperor’s New Clothes, more often than not it just ends up in some weird personality “turf war” and makes both sides look unprofessional and sophomoric. What we can do is take a moment to watch with an objective eye when material is being presented and simply ask a few questions:

“How did they test this?”

“How would I test this?”

My friend Dr. William April once said, “Never make a meaningless transition from space to space again…doors, stairs, etc. Always look in before you enter.” Far-reaching advice. Borrowing from this idea I would say never unconsciously accept a technique, strategy, or blog article (except this one) as true or useful just because you like the person or because they seem to be popular. You don’t have to yell “HERETIC” but you can choose not to propagate nonsense.

How do I not become “THAT GUY”?

That’s a question I often ask myself. I mildly obsess over it to the point I would probably be more “successful” if I just went on a self-important marketing junket rather than pressure testing everything. I think a simple way to start is to remember to TEST EVERYTHING! A question we remind people of all the time is “What is your test?” I ask it to everyone who shows me a new position, submission, control, disarm, whatever. Anything we do should be tested rigorously. This refers to physical intensity, of course, but also to the context we want to be able to use it in. Not every skill, strategy, or thought process translates directly across platforms. Often times things need to be adjusted for context. Sometimes it’s a minor shift, other times what we’re asserting may be diametrically opposed. The only way to find out is to find solid training partners who know how to scale intensity and have a solid grasp of staying “in character” and “in context.” It’s not a coincidence that the most effective approaches are more similar than dissimilar. A lot of nonsense works itself out on the mat.

Often times people allow themselves to believe they are pressure testing because they are working hard. You can sweat, bleed, cry, or whatever on the mat and still not be any closer to the truth. Your results are influenced by the way in which you are training. People think the mat doesn’t lie. I get where they’re coming from. However, there are thousands of people who are busting their butts on the mats, getting injured, and STILL not better off…and in many cases worse. The mats allow you to lie to yourself IF you suck at training. Unless you have a solid coach to keep an eye on you, be mindful of avoiding weak spots because they’re weak spots.

Deputize Everyone as B.S. Detectors

I make a point of announcing at the beginning of every seminar, class, workshop, etc. to let everyone know they are welcome to question anything I show. I don’t announce it in a challenging way. Just let them know that it won’t be taken as an insult and allows us to troubleshoot together to make them safer and the program stronger. This way there is a means of finding holes in the game.

This is already going longer than I anticipated but I think you get the point. Gravity in the form of real resistance is the only way to make sure not only that our tactics and techniques are solid, but that we don’t develop osteoporosis of the ego.

This website uses cookies to improve your experience while you navigate through the website. Out of these cookies, the cookies that are categorized as necessary are stored on your browser as they are essential for the working of basic functionalities of the website. We also use third-party cookies that help us analyze and understand how you use this website. These cookies will be stored in your browser only with your consent. You also have the option to opt-out of these cookies. But opting out of some of these cookies may have an effect on your browsing experience.
Necessary Always Enabled
Necessary cookies are absolutely essential for the website to function properly. This category only includes cookies that ensures basic functionalities and security features of the website. These cookies do not store any personal information.
Non-necessary
Any cookies that may not be particularly necessary for the website to function and is used specifically to collect user personal data via analytics, ads, other embedded contents are termed as non-necessary cookies. It is mandatory to procure user consent prior to running these cookies on your website.
SAVE & ACCEPT
PageLines